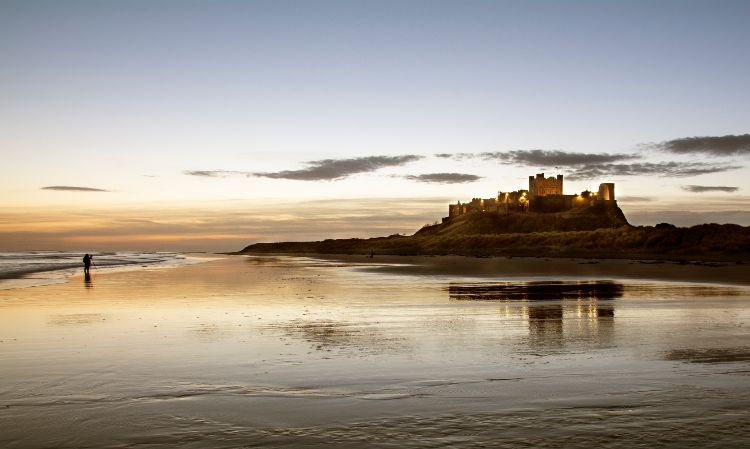 The site was originally the location of a Celtic Brittonic fort known as Din Guarie and may have been the capital of the kingdom of Bernicia from its foundation in c. 420 to 547. After passing between the Britons and the Anglo-Saxons three times, the fort came under Anglo-Saxon control in 590. The fort was destroyed by Vikings in 993, and the Normans later built a new castle on the site, which forms the core of the present one. After a revolt in 1095 supported by the castle's owner, it became the property of the English monarch.